In his speech, Professor Albert Chan thanked the donors for their generous contributions which helped to reduce the medical burden of the elderly while at the same time giving HKBU an opportunity to serve the general public.   Professor Rick Wong said since the scheme was launched in 2007, privilege cards have been given to more than 2,700 elderly people and patients suffering from chronic diseases. They have collectively used close to 20,000 coupons at the eight Chinese medicine clinics operated by HKBU, with the subsidy provided by the Lions and HKBU Chinese Medicine Charity Foundation alone amounting to HK$2 million.

Under the “Privilege Scheme of Chinese Medicine Service for Elderly”, each eligible patient needs to use one coupon and pay HK$30 for receiving the Chinese internal medicine service provided by HKBU Chinese medicine clinic. The Chinese Medicine Charity Foundation will subsidise HK$130 for each consultation and the remaining expenses will be borne by HKBU.

After the ceremony, arrangements were made for guests to visit the School of Chinese Medicine and the Academy of Film. 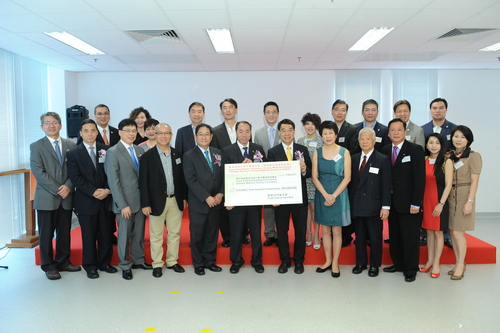