The School of Chinese Medicine (SCM) held a cheque presentation ceremony yesterday (24 September) to express its sincere gratitude to Kate China Holdings Limited and Lions Club of Tuen Mun for their donation of HK$300,000 and HK$100,000 respectively to the Lions and Hong Kong Baptist University (HKBU) Chinese Medicine Charity Foundation in support of its “Privilege Scheme of Chinese Medicine Service for Elderly”.

In his speech, Professor Rick Wong, Vice-President (Research and Development) and Chairman of the Board of Lions and HKBU Chinese Medicine Charity Foundation, thanked the donors for their generous contributions and praised Mr Chan Tat-wah, Chairman and Executive Director of Kate China Holdings Limited, for his caring concern and the generous assistance he gives to the needy despite the demands of running a business. Professor Wong said that there are many underprivileged elderly people and patients suffering from chronic diseases in society who cannot afford medical expenses and the “Privilege Scheme of Chinese Medicine Service for Elderly” helps reduce their financial burden.

Jointly established by HKBU and the Lions Club International District 303 – Hong Kong and Macao, China, the Foundation aims to serve underprivileged elderly patients through its “Privilege Scheme of Chinese Medicine Service for Elderly”. Since the scheme was launched in 2007, privilege cards have been issued to more than 2,700 elderly people and patients suffering from chronic diseases. They have collectively used close to 20,000 coupons at the Chinese medicine clinics operated by the University, with the subsidy provided by the Lions and HKBU Chinese Medicine Charity Foundation alone amounting to over HK$2 million. 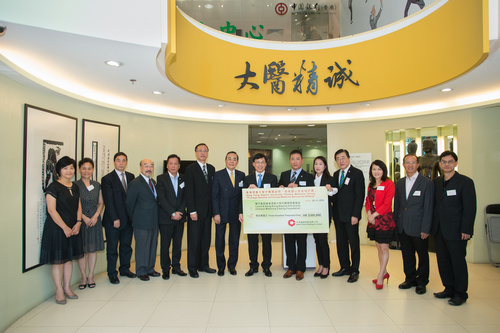 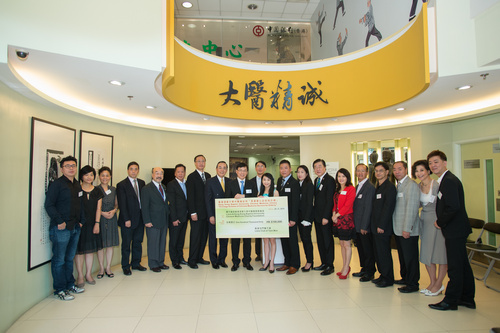